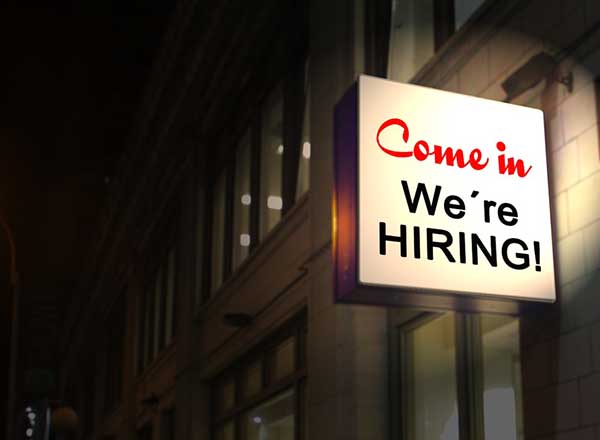 In recent months, news headlines have been full of estimates about the jobs that are going to be created in the Southeast Wisconsin region, and it seems that a favorite bar topic is whether or not Foxconn is going to create 13,000 jobs “as promised.” Just as unemployment numbers are slippery and inaccurate, jobs creation numbers are even more so.

Why am I even bringing this up? Because, there is a disconnect between the headlines and what we are seeing on the ground when it comes to jobs being posted or companies having a strong appetite to hire. So, either there are fewer jobs coming than the headlines say or there is something else going on.

Pretend you own a factory that has been around for decades. When you started your company, you relied on a certain number of bodies to man the workstations and assembly lines. You calculated the exact number of people needed based on the expected output per day divided by the output each person could do during a scheduled shift. You may have added a couple of extra heads for apprentices, vacation coverage, and because you didn’t want to let go of the older workers who were near retirement but not at 100% capacity for output. This final headcount number was your jobs creation number, also known as “headcount.”

Now, think about what’s going on today. Improvements in automation have increased the output a person can produce. Two people can now do the work of three and you no longer have a pension since you switched to offering a 401K. So, you don’t have your “rest and vest” pre-retirees on the payroll but only working at 80% (or less) of capacity. With the decrease in trade school grads, your core of apprentices may have shrunk (or gone away entirely) and you’ve discovered that when people go on vacation, you no longer need a floater to cover them.

Taken as a whole, the factory that required 100 people in the 1970’s may be running just as efficiently – perhaps more so – using 75 people. Yet, you are telling reporters you plan to hire 25 more people because you have the 100 person number stuck in your head since that is the level you have always staffed at.

Now for the thing that makes me scratch my head.

As a recruiter, when I read a headline about the worker shortage, but see no jobs posted on a company’s career page. Or when well-qualified people tell me they have applied but never get interviewed, it makes me start to question if these jobs really exist.

Of course, there is another option too. The jobs exist but perhaps employers are just so bad at hiring that they don’t know what they don’t know and are at a loss figuring out where to turn. So, they talk about the openings, lament the lack of qualified workers, but don’t pick up the phone and call a specialist who knows how to drive talent acquisition and get them back on track. Nothing frustrates me more than knowing that a company like Polaris Talent exists to help companies that are in this spot but, due to ego or lack of knowledge, they won’t even have the conversation. I’d like to challenge all the small to midsize companies in Southeastern Wisconsin, especially those without a dedicated recruiting department, to set up time with me to do some workforce planning so you can state, without a doubt, what your hiring targets are next time you get a call from a reporter. There is enough fear, uncertainty, and doubt (FUD) floating around because of Foxconn. Don’t contribute to it by not knowing your real numbers.