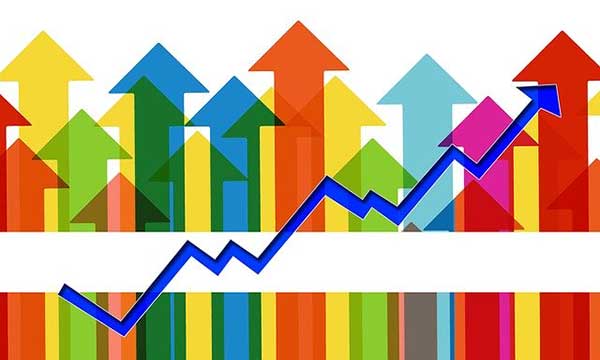 Did you know that Racine was listed as one of the top places for women to start a business?  In fact, Racine was 4th on a list put out in 2015 by NerdWallet and ranked well ahead of Washington DC (#7) and San Francisco (#9).   Since 2016 I’ve had the pleasure to mentor newly emerging businesses in Racine and I’ve seen this first hand. There are some amazing entrepreneurship things happening here that are being driven by women.  So many that it’s probably time to think of the word “accelerator” as “accelHERator” especially as it pertains to Racine.   I’m not saying that there aren’t some great companies being created by men but when I look objectively and qualitatively at the results of each, the women-owned businesses are gaining some serious traction. I have a few theories about why this is the case but I think the key attributes that make these entrepreneurs successful are the following.

The “old boys clubs” of yesteryear are credited with shaping the careers of successful men for generations  Access to networking and mentorship has always been key to passing on the knowledge and skills needed to be a successful business person but for a long time the only access women had to these groups was to deliver the coffee.  Thankfully today networking groups for women in business also exist.  Southeast Wisconsin is blessed by the presence of WWBIC (Wisconsin Women’s Business Initiative Corporation) which offers lending and classes to entrepreneurs at all levels from “napkin stage” to revenue-generating.  They don’t only serve women, but I have seen that the women who have come through the WWBIC programs in Racine have used it as a springboard to “find each other” and have created their own networking and mentorship opportunities that make the entire community stronger.  There is a sisterhood here that knows they can call or text at any time of day and someone is there to review a marketing plan, open up their virtual Rolodex for referrals, or have a drink (celebratory or otherwise).  I have not seen a more generous and gracious group of women anywhere.

A healthy fear of failure

Many of the entrepreneurs I’ve meet in the last 3 years are providing the majority of financial support for their family so they really can’t afford to fail.  This isn’t a group of women who are “playing business” as a hobby while waiting for their husband to bring home a paycheck so they need to find a revenue stream and make things happen to keep a roof over their head and food on the table, and do it quickly.  Sure, they could go get a “real job” but they have the drive and passion to create a job for themselves (which sooner or later creates a job for others). A key characteristic of many of them is they don’t believe in backup plans since a backup plan is basically permission to fail.  They may be working a day job to bootstrap their dream or working multiple revenue streams, but all that activity is funneled towards the core goals of their business.

The willingness to fail

Ironically, despite having a healthy fear of failure, the women entrepreneurs I’ve met in Racine have a willingness to take a risk, even if they might fail, and strong resilience when they do.  I’ve seen a partnership fall apart and watched the remaining co-founder figure out how to move forward.  I’ve seen a business ready to open a storefront when they learned the city hadn’t signed off so that they could.  I’ve watched another get successful so fast they outgrew their business plan and their physical space much faster than expected.  There are many more examples but what has impressed me with each one of them was how quickly and gracefully they tackled the “OK, that happened.  Now what?” moment when faced with a setback.  The second thing that impressed me goes back to my point about how strong the networking is and how fast people were offering support and asking, “how can I help?”.

I strongly believe a key to this community being a great place for anyone to start a business is in this last point.  It’s a safe and supportive place to try, and to fail, and to pivot, and to try again, and maybe fail again as many times as it takes until it finds its legs.  It’s this emerging entrepreneur network that will allow Racine to continue to accelerate business growth and create jobs for our entire community.  If you are thinking about starting a business or are looking to expand an existing business, get in touch with me and I’ll point you in the right direction so you can also help accelerate Racine.