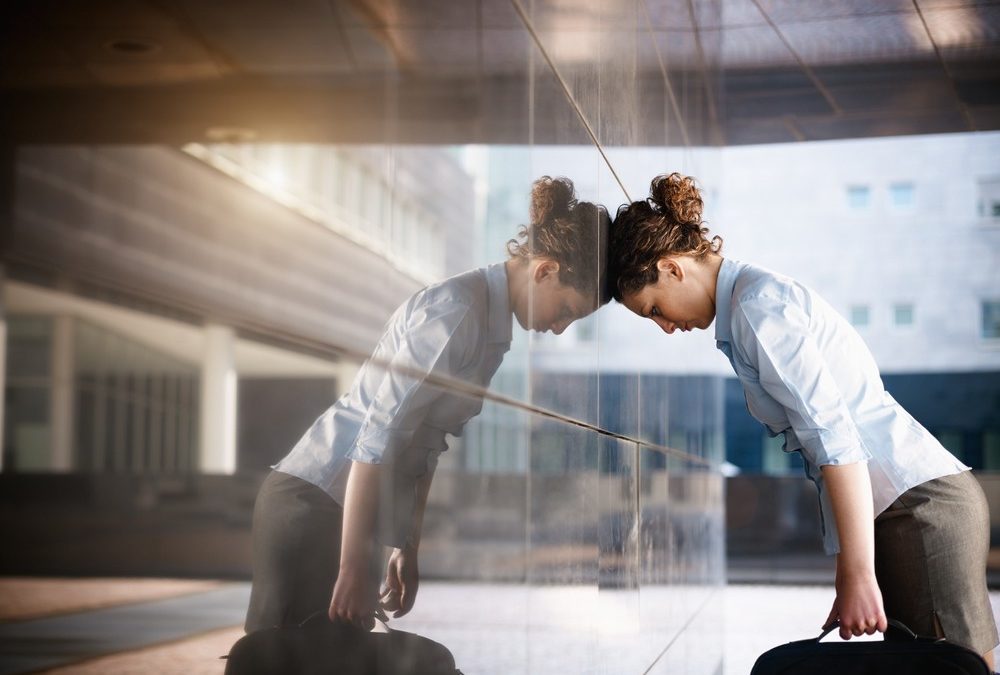 It starts early. As girls we are told not to make waves, to be quiet, to take the smaller piece of pie so someone else can get the bigger one.  We are told not to take up too much space.  Not to be too loud.  To be nice and kind and to smile on demand.

As moms we feed the family first, sitting down last and getting up first.  We take the burnt piece of toast or a smaller portion, giving the better stuff to others. We wake up earlier and go to bed later and are perpetually sleep deprived because we are depleted from caring for others all day long. As wives we say please and thank our husbands for taking out the trash while we do 90% of the rest of things to take care of the house and family thanklessly. We allow them to say they are “babysitting” the children rather than holding them accountable to full co-parenting.

At work we sit in the back of the room so that the “important people” get the seat at the table.  We’re the first to put away dishes or wipe up spills in the breakroom because we are conditioned to clean up after everyone.  We’re told to speak up, but not too loudly or aggressively, in meetings and to do our best to amplify non-majority voices which sometimes means silencing our own.

We have been taught since birth to settle for less than.  To take the scraps and be happy.  To go along to get along.  To pay ourselves last.  We seem to lack the Enoughness to demand that we be treated and paid equally.  We have learned to settle and are reminded what happens to women who don’t.

The women who dare to play publicly in a man’s world are called horrible, often dehumanizing things.  If they speak too loudly, laugh too hard, show any emotion other than being silent and stoic they are derided and demeaned and put back in their place.

I know.  I’m one of those women.  My crime is being smart and expecting to play the same game with the same rules as the men.  Which is fine, until I best them.  Then I’m called a bitch or worse with comments that are usually sexually demeaning and designed to remind me I am just supposed to have a vagina and not a brain.  It’s exhausting and every day my Enoughness is challenged to the point I start to believe the toxic masculine messages that use to silence us.

But for some reason I’ve survived the bombarding of messages meant to humiliate and belittle me.  I haven’t given up.  I’ve cried in private then suited up for battle again and went right back out to play a woman’s game in a man’s world.

I know I am more than Enough and when I hear the word “bitch” I insert “lucky bitch!” into my head instead to make it an affirmation of my success.

And this is why I don’t settle for making.72 for every $1 a man makes and neither should you. ​