Are most people doing the best they can? 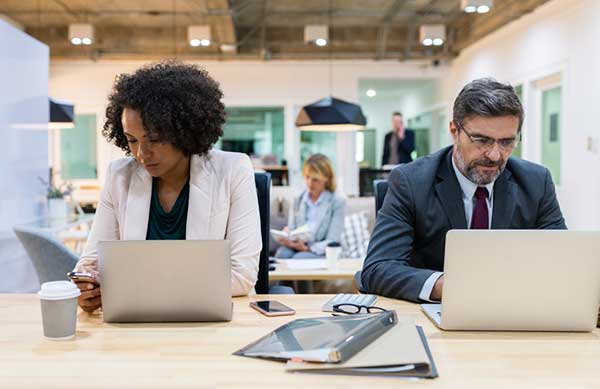 I recently took a deep dive into Brené Brown’s videos and books. If you haven’t yet discovered her, check out “The Call to Courage” on Netflix. Last night, I was reading “Rising Strong” in which she asks the question “Do you think, in general, most people are doing the best they can?”

My gut reaction was “hell no” but then as I really thought about it and pondered it, I took a more empathetic approach and realized that, yes, most people are probably just doing the best they can. This got me thinking about the state of the current job market and employability and I had a bit of an A-ha moment.

We’ve heard that Racine has an employability problem. There are jobs and there are people but for some reason there is a mismatch between the jobs and the people. I’ve heard lots of theories and realities about why this is, but my gut is telling me that perhaps some of the mismatch is related to not believing people are doing the best they can and creating stories in our heads about people that just aren’t true.

A worker at a manufacturing job is consistently 10-15 minutes late day-after-day. The boss is annoyed and thinks about docking his pay, co-workers are resentful and make up all sorts of reasons about why (he’s lazy, he’s unreliable, he doesn’t care), and workplace morale suffers. What they don’t know, and what the worker is too ashamed to admit, is that he doesn’t have a reliable car, so he takes the bus. He is also ashamed to admit to his co-workers that he lives paycheck to paycheck. So, when his car needs repairs, they are not taken care of and the problem snowballs. In his case, he is taking the first bus of the day to get to work but sometimes it runs late, so his being late is “doing his best” given his current options.

If the boss opened up a conversation with the worker about why he is late and took a problem- solving approach, rather than a punitive one, perhaps a compromise could be found. For example, if the is scheduled to arrive at 8:12 each day instead of at 8, giving him flexibility and setting his shift to start at 8:30 instead of 8 allows him time to get to work and be ready to be productive. Another possible solution would be to see if any co-workers live nearby and set up a carpool where he chips in for gas. These would be small modifications which would result in a happier workplace, better morale, and more productivity.

Now, imagine the boss in the scenario above. He became the manager after having worked in the shop a long time. He used to be “one of the guys” and was well liked. When he first got moved into management, his friends were happy for him and assumed he’d be “on their side”. Now he’s in an impossible position trying to balance accountability to the company, trying to do the right thing for his workers, and dealing with the awkwardness of managing friends. When he was promoted, he wasn’t given any leadership training nor does he have anyone reliable in the company to give him guidance on how to handle issues with his team. Even if he did, he’s too proud to admit he doesn’t know it all. He’s great at hitting productivity numbers but, since he doesn’t know how to motivate or set an appropriate workplace tone, his former friends have slowly started to resent him. He’s become “The Man” that he used to complain about in the lunchroom. He is also “doing his best” with the limited tools he has been given but if he could speak up and get some leadership training it would go a long way to creating a happier work environment.

If we can find it in our hearts to assume positive intent and believe people are “doing their best” then workers and workplaces might be able to problem solve some of issues that have caused the employability problem in Racine. However, that starts by having the information needed to problem solve in the first place. If both sides would be a little more open and honest about the issues preventing each side from getting what it needs, maybe we can start to turn the tide.

I realize there are some topics that are not allowed to be addressed in a job interview that prevent us from really leaning in to help but I’m going to go out on a limb and suggest perhaps it’s time stop worrying about getting sued and start being human in the interview process. I realize that asking a woman if she has kids could be used as a reason to discriminate but, if handled correctly, it’s a place to start a dialog about accommodations that would allow her to work and be a mom. Actually, the same goes for men. There are a lot of men out there with childcare issues that need accommodation. Bottom line, if you open the dialog with both men and women, then it’s fair to all involved. There are legal ways to ask the questions that don’t cause disparate impact but that could lead to solving some of the mismatch between job openings and job seekers which would allow us to help people get past “they are just doing their best”.

If you’d like guidance on how to rework your interview process to better accommodate all workers, contact us.