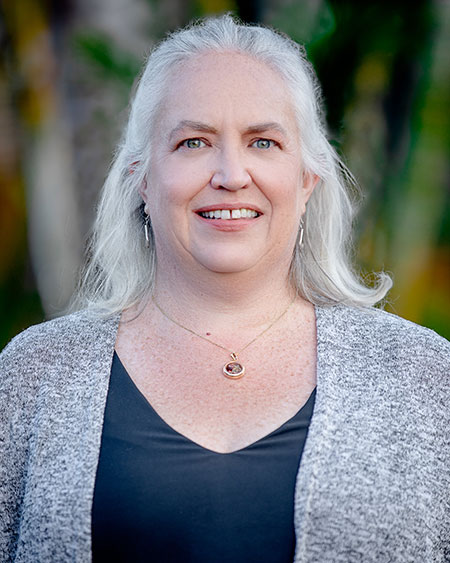 Hi, I am Marie. I’m a Racine-native who left for college on the West Coast and ended up working in the tech industry in the early 1990s and the Dot Com boom. That being said, my Midwest Values and work ethic never left me. I learned to recruit technical talent and worked for some of the biggest companies on the planet, including Microsoft. Over the last 20+ years, I recruited for many of the up-and-coming companies in the Bay Area and Seattle and watched how the tech industry created lots of high paying jobs that also supported diversity in the workplace. My role was to find and attract tech talent for these companies, and it felt good to help people get on a path to economic prosperity or to help them take the next step in their careers.

In 2016 I returned to SE Wisconsin and saw the results of an economic downturn and disparities in opportunities and knew there was a solution that involved bringing my West Coast tech experience back to my hometown. As a way to show my commitment to the area, I founded Polaris Talent as a Wisconsin company and put the headquarters in Racine in 2017 and asked my two co-founders to join me in what has become a passion project for all of us.

Polaris Talent is not your typical recruiting company

When I was a kid, I wanted to be a nurse/astronaut/fighter pilot/architect/lawyer/doctor when I grew up. Never once did I say, “I want to be a recruiter”. In fact, I don’t think anyone says that. It’s not a career many know about nor is it one that has a clear path into it. Most of us fell into it via a series of quixotic pathways and once we landed, we stayed. For me it allows me to fully integrate all my skills and experiences into something that people see as valuable, meaning I can get a paycheck from it but I’m certainly not in it for the money. It has allowed me to use my analytical, research, communication, and connection skills to help people in my little corner of the world in a profound way. Helping companies hire so they grow and helping people find a job so they can thrive feeds my soul in ways I can’t even describe. It appeals to the “mission-oriented, be a good human, takes care of others” need that I have.

This is why I get angry that the recruiting profession sometimes has a bad reputation as order takers, spaghetti slingers, and people who chose it solely because it requires few actual skills (and no degree or credential) to be in it. Bad recruiters spam, don’t follow up, waste people’s time, promise access to jobs they may not actually have, and can actually harm people who were at the end of the rope financially who really needed a job but picked the shyster recruiter. It’s why I cringe when people ask if I’m a “headhunter”. That word is representative of the shallow end of the pool.

It wasn’t always this way. When I learned the industry, we didn’t have the internet, social media, automated email campaigns, or applicant tracking systems. We didn’t have chatbots or AI. Heck, we barely had email and even then, it was running on Windows 3.1. Cell phones had just entered the consumer market and we all had to deal with getting past receptionists and answering machines in order to cold call candidates or managers – it was a happy day when I’d get a dial by name directory instead of the receptionist! I learned to recruit the old way (human to human) at networking events and by asking for referrals from people and then following up with a call, a letter, a postcard, and email as more people got on that platform. We built real human-centric relationships. We had lower volumes of hiring and candidates, but the quality of interaction was higher and people didn’t feel dehumanized. As a result, I know how to recruit without Monster, Indeed, or LinkedIn Recruiter.

Find Out How We Work

I started Polaris Talent to try to rehabilitate the industry and bring back the human element. I believe we can treat job seekers as humans while leveraging technology in smart ways. We will never use a chatbot to interact, but we do use an applicant tracking system to keep our workflow organized. We do reach out with email and InMail, and sometimes we get it wrong and send an email that is not perfectly targeted. While this is a huge “mea culpa” for me, it does prove we are human, and humans make mistakes. All our interactions take time and are authentic. It takes a little more energy but results in a much better experience for all involved.

My mission is to use my skills and experience to help teach what “good” looks like when it comes to the candidate/recruiter and talent acquisition/hiring manager relationship. This is why Polaris Talent exists and why we are pursuing B Corporation certification and changing our entity type to a Benefit Corporation. We are not out just to make money (although we do all like to eat and have a roof over our heads) but we want to use our talents to improve our community and industry while contributing to job creation and increased hiring metrics. I know we can do both – we can make a profit and do good things as a trusted and cost-effective talent acquisition consultant.

If this resonates with you, we’d like to talk to you about being your talent partner and show you how to improve your candidate’s experience and grow your company in a human-centric way.

We are Offering A Complimentary Assessment Of Your Recruiting Process.